If you were to start installing solar panels on your home it wouldn't take long before someone would come by and ask why you'd do such a thing. They'd start with criticizing how it looks. Then they'd say that they heard that solar systems are hugely inefficient. And the question most often asked is "how can you justify spending all that money on solar panels when electrical power is so cheap and plentiful here? 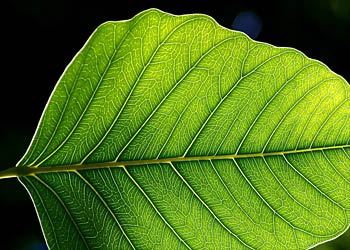 I guess beauty is in the eye of the beholder and efficiency is pretty subjective too, but the last question is the one that makes me climb up on my soap box. "We'll since you asked..." I begin.

Here in North America, and specifically in Canada, electric power is very plentiful. And in comparison with most other jurisdictions, it is really quite inexpensive. In general, Canadian and much of American power is fairly clean, with a lot of it coming from hydro-electric generators, or clean and efficient nuclear plants. So having just made the case for the status quo, why would we invest in solar energy - and why now?

It's not that we need to be discussing the dollars and cents of solar energy, its the economics of it. If we purchase solar panels, inverters, batteries and all the related hardware, two things happen. One is that more will be made forcing the expense of them down. As a early adopters, our expensive installations make way for much less expensive installations for everyone in the future.

The second thing that happens is that, as more solar equipment companies see that their products are selling, they will invest more money into research and development. This is the compelling part. We all know that many parts of a solar panel installation are hugely inefficient and possibly not really ready to compete against the traditional energy production techniques, but by purchasing them anyhow, we are doing good for the industry as a whole. With more R&D the next generation of solar panels will be able to match the efficiency of today's producers.

How about them apples?
Your host: Lester

We're looking for Sponsors... Please, contact us to discuss your ideas.

The SPAC (Solar Panel Authority of Canada) is a free service helping you find the information you need about efficient and affordable solar energy.

Solar Home | Back to Top